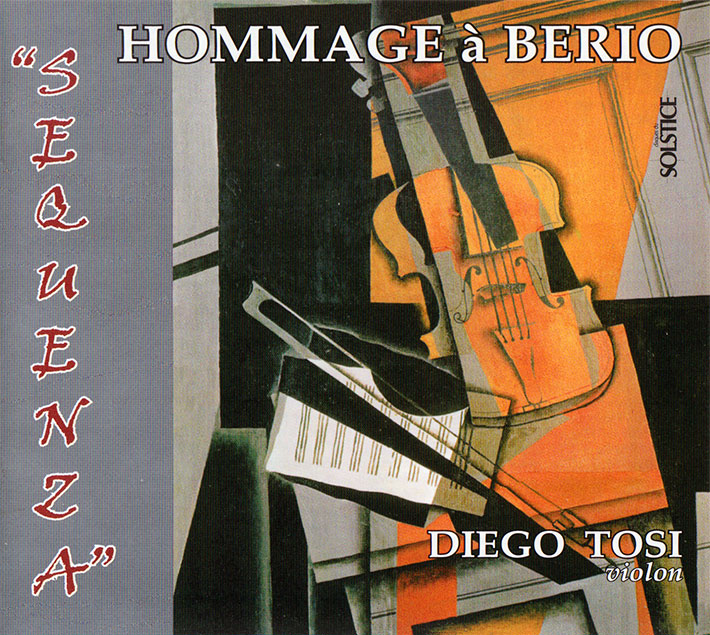 Solstice presents, in a new presentation, the album released in 2006 under the title Sequenza (SOCD225), which deserved to be reissued. A recital by violinist Diego Tosi together seven contemporary authors parts designed for solo violin and mostly unpublished disk.

Early on, Diego Tosi has a musical education due to the family environment. It starts from 4 years studying piano and turned almost immediately to the violin. It follows first the teaching of John Lenert then 13 years joined the Conservatory of Madrid street where he obtained a First Prize unanimously followed by price development.

He was only 16 when noticed by Jean-Claude Casadesus, he will play under his leadership the Scheherazade by Rimsky-Korsakov as first violin. Then in 1998, he entered the Paris Conservatory to attend classes JJ Kantorov. After three years, he received his Paris Award with honors unanimously Jury.