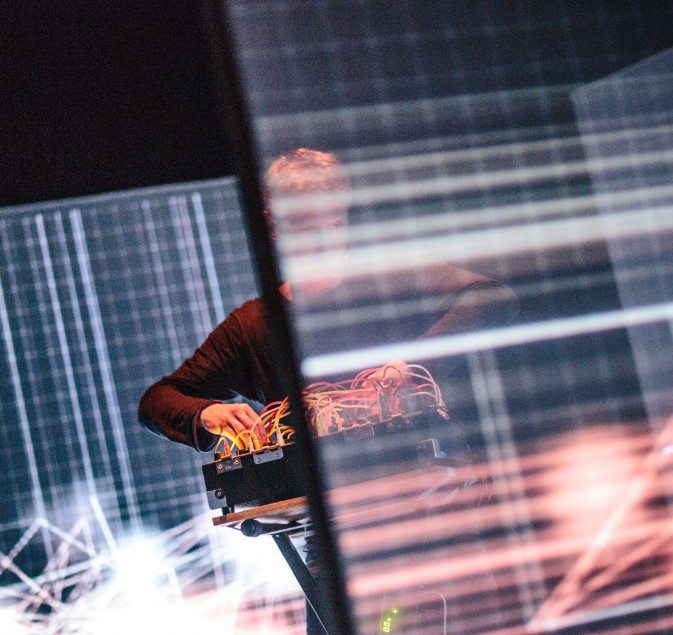 In a few decades, digital has invaded our lives – and it would be illusory to think that musical creation has remained insensitive, quite the contrary. Digital is even the ideal interface for this thirst for the multidisciplinary that drives many artists from all walks of life. As proof this Grand Soir digital, organized for the second time as part of the Biennale Nemo.

For Alex Augier in _nybble_, audio and visual form a single digital continuum, with organic and synaesthetic evolutions. Continuum is the title of the installation of Paul Jebanasam and Tarik Barri, who aspires to explore the specter of life by abolishing all temporality. And what about Daniele Ghisi, for whom digital is both a source of inspiration, a way of expression, and even the first compositional tool (thanks to the large databases he uses every day)? As for Alexander Schubert, his new work goes so far as to give the illusion that his performers are themselves a digital projection …